JSNTGM stands for Just Say No To Government Music.

It’s a DIY not for profit punk label.

JSNTGM is a labour of love, sometimes financially and spiritual draining but worthwhile nonetheless.

In the early 90’s we began working with bands, putting on gigs, writing and contributing to fanzines.

Then we started and putting out cassettes / vinyl. 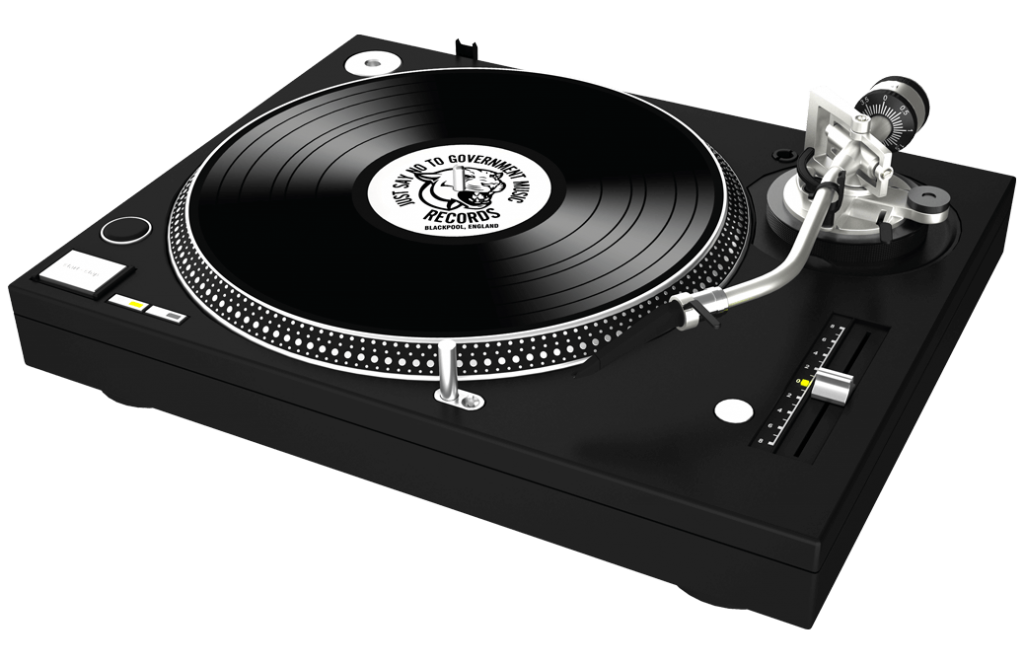 The term “government music” is from the Dead Kennedys’ song “Triumph of The Swill” on their “Bedtime for Democracy” album (1986) – based on Leni Riefenstahl’s Nazi propaganda film ‘Triumph of the Will’ with all its negative associations.

Triumph of The Swill” critiques the stream of formulaic garbage (described in Jello Biafra’s lyric as ‘the mind-controlled beat’) served up by the Music Industry Machine. 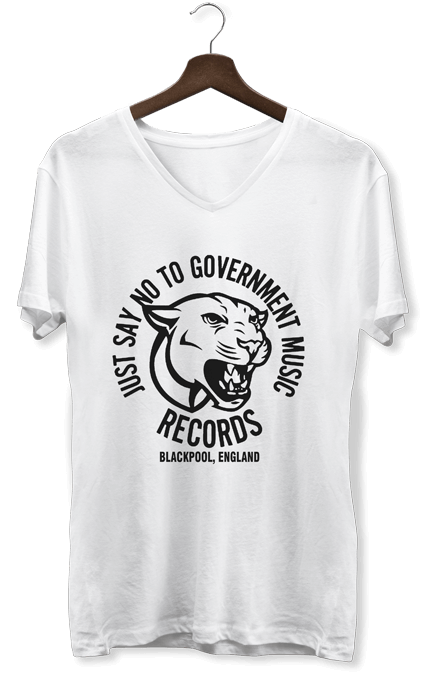 What music is, why it attracts us to it and what it does is interesting.

Thinkers since Plato have been aware how music carries messages and prompts reactions.

Music is more than sound organised in time.

Music can be controversial.

Music can prowl the boundaries of acceptability.

Music can work against or in the interests of power …..whatever power might be ?

Music can simultaneously be inspiring and uninspiring.

Music does not wear out.

Music as sound  is a wave, a movement of air molecules which vibrates at a certain frequency.

Independence offers a position to critique what is.

Independence helps us imagine other possibilities.

We cannot be independent from ourselves.

Music is more than what goes on in the charts.

Music is more than what is played on music channels.

Politics is more than what goes on in the Whitehouse.

Politics is more than what goes on in Westminster..

Politics is more than voting in an election.

We consume and debate to ensure they are alive and in motion.

Music can be a lightning rod.

Politics can be a lightning rod.

History demonstrates how music allows politics to break out in unlikely places.

History is not the past it’s what we tell ourselves about the past.

Nostalgia is not what it used to be.

Music provokes debate within the ‘anti-political’ world of government music.

We are keen to receive new music document and release it, so please send us your material.

If we like the music we might be able to help by passing it to fanzines + gig promoters.

We sometimes review and add it to the reviews section.

At no time will we ask for your bank details or your soul. 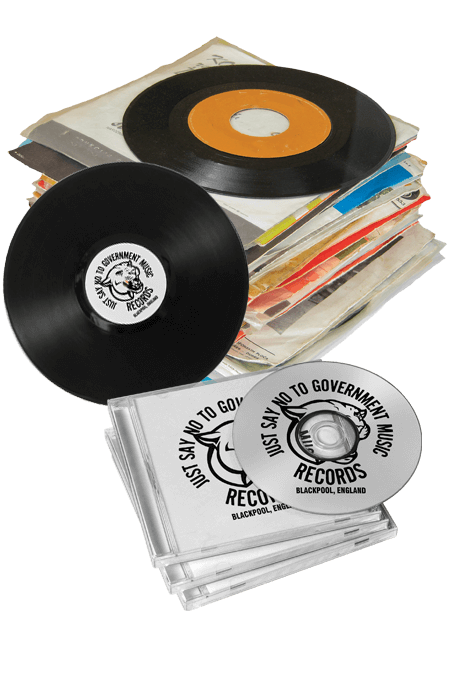 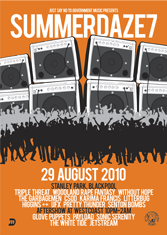 This ran for 7 years.

We were prevented from staging SUMMER DAZE 8 by the intervation of a local councillor.

Ot was a pity as a lot of people used to attend and enjoy it.

Maybe we should try to bring it back ?

Zines of various guises have been around for decades waxing lyrically, polemically and often critcally about music, bands, politics and culture. The ‘justsaynotogovernmentmusic’ site is part of an ongoing tradition of UK and US zines most closely associated with punk rock after its sudden explosion into Britain’s consciousness from the epicentre of London in 1976. In the charged atmosphere of late 70’s Britain even the established music papers such as NME were partly responsible for ly politicising the coverage of popular music and in so doing ‘encouraged their readers to be political and the musicians to be politicians’. In the latter days of Old Labour just before the dawning of Thatcher’s social re-engineering programmes punk music and its obvious political orientation helped stimulate the energy and inspiration for the emergence of numerous cut and paste fanzines.

From McNeil and Holmstrom’s US pre-explosion ‘Punk’ which championed the early New York underground music scene to Mark Perry’s London based Sniffin’ Glue which amongst many others effused about The Pistols, The Clash, The Damned and even Blue Oyster Cult fanzines provided an integral part of any scene. What these zines did in addition to promoting music and its DIY counter-culture was to resist any inclination towards slavishly following the popular and fashionable groups of the day. Heavily influencing the style, attitude and design of their successors these punk fanzines almost universally questioned and challenged prevailing mores of musical taste, politics, ideology and the increasing acceptance of soft news and an increasingly prevalent celebrity culture. 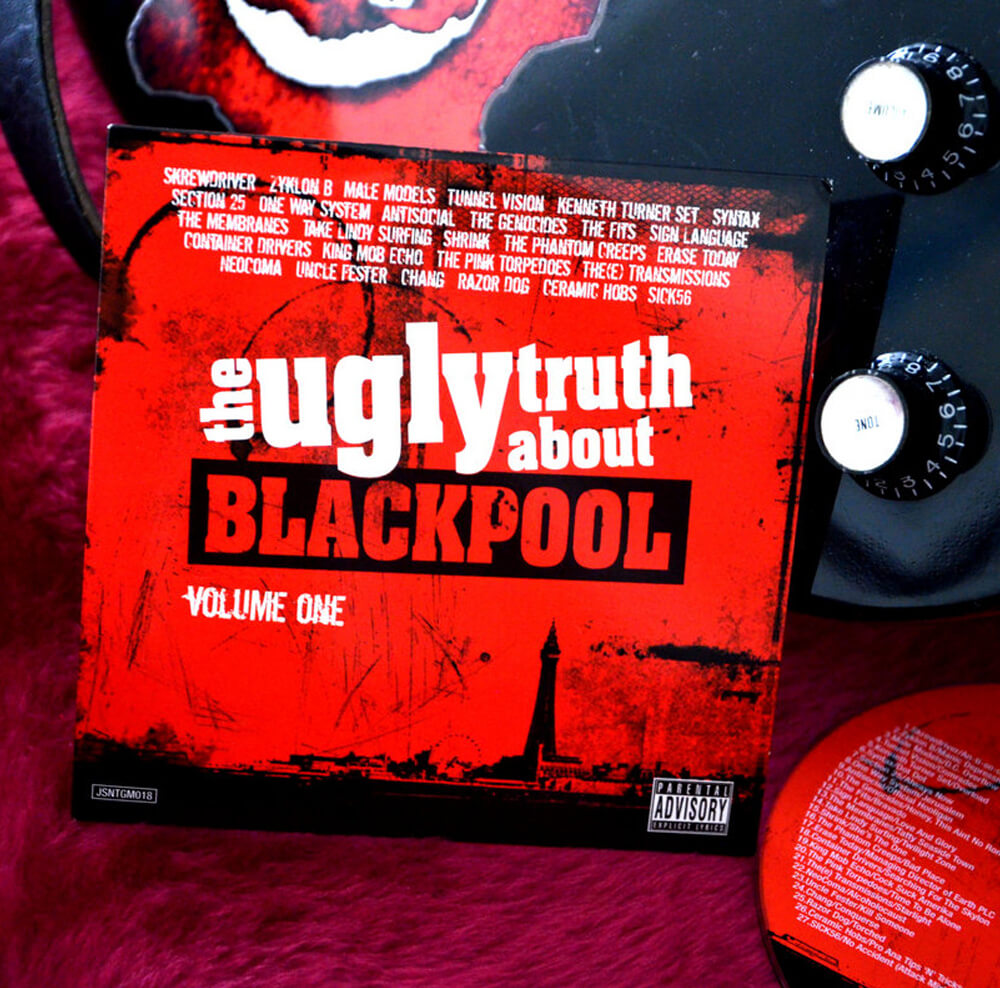 Through its over-ground and underground output the music press helped to establish what Street describes as ‘a counter-public around the idea of music as a political weapon’. In the increasingly polarised UK this provided a key source of legitimation for Rock Against Racism / the Anti Nazi League which is well documented by Paul Gilroy and also in Don Letts’ excellent Punk : The Movie (1978) and Punk : Attitude (Freemantle Media 2005). It is worth remembering however that the politics of punk are not easily defined as one might expect and as Neil Nehring points out in Flowers in the Dustbin still the subject matter of many questions still being worked out. Of the Brirtish writers Roger Sabin explains most eloquently that certain idealistic writers have conveniently ignored the confusing uses of Nazi imagery and right wing populist politics to suit their personal world view in order to re-write the genealogy of punk’s politics as progressive and leftist. Whatever your viewpoint punk has witnessed almost everything that has developed in its wake become defined or tagged as ‘post-punk’ and in this uncontrollable laboratory of culture punk has developed an obsession with itself as a discourse of authenticity and sprouted scenes, bands, gigs, politics and awareness throughout the world.

After its initial outburst in 1976 it has been the regional scenes throughout the world that have sustained and nourished the lifeblood of punk as an important cultural force. Within this the little story of the Blackpool scene and the journey of Blackpool Rox and the Ugly Truth About Blackpool is an interesting one. The genealogy of Blackpool Rox III is traceable through collisions of the written words from John Robb’s original Blackpool Rox (1977-1983) and the subesequent Rox (1984-1988) and my own personal musings from Eat The Rich (1982-1985) and others to which I contributed to such as Fracture, Scanner and Maximum Rock’n’Roll. These streams of consciousness first came together around the time of the millennium when I (with John’s blessing) launched Blackpool Rox II fanzine (2000-2006) which continued spreading the good disease of edgy music reviews whilst connecting new contributors such as Derek Twat, The Swapmeet Kid, Rodders and Ceramic Simon and established writers such as Garry Mulholland and Alex Ogg to an unsuspecting and somnolent public.

After running for 5 years and 8 issues owing to personal redundancy and the sudden inconvenient absence of a work’s photocopier issues of Blackpool Rox II reached a premature end …… My Rox II writings then went into temporary hibernation whilst I was at Lancaster University teaching politics and completing my Phd on ‘How Rockstarz became politicians and why Politicians becoming Rockstarz (1960-2010)’. Owing to my unanticipated redundancy the final two (already written) issues of Blackpool Rox II from circa 2005/6 unfortunately never saw the light of day … until now that is in the vibrant digital guise of Blackpool Rox III. Who knows what will happen next but we are still here and digging in for the music, bands and politics that doesn’t get really a mention amongst the manufactured hysteria of X-Factor .

To mark the re-emergence of this latest incarnation I caught up with John at a recent Steve Ignorant gig in Manchester and we subsequently conducted an interview to pad out the genealogy of Blackpool and its legendary Rox fanzine phenomenon by e-mail and text.

Rox III : How many issues of Blackpool Rox and Rox were issued what circulation did you achieve ?
John Robb : There were about 30 issues altogether, we stared the fanzine in 1978…. it was initially done in tandem with another fanzine that caused an outrage at the local sixth form college (Blackpool Sixth Form – then Collegiate) – an A4 sheet pointing a few things about the school in cryptic language they went mad and tried to track down the ringleaders ! When I got kicked out on the last day it was inside my school file ! Rox on the other hand was more about music and very much based on sniffing glue which someone had brought to school. 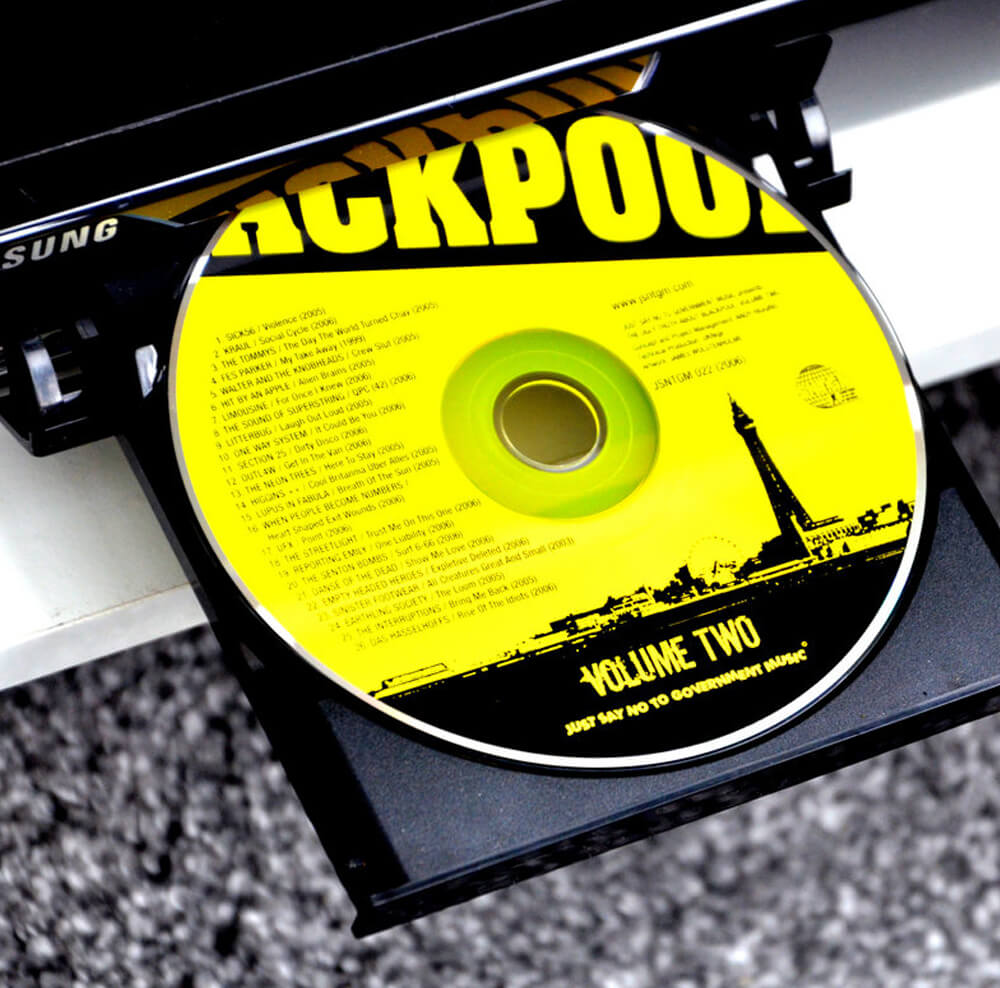 John Robb : The initial print run was just 100 copies and they were photocopied by Till’s dad who was a printer- they seemed amazing and I can remember to this day getting them back and being enthralled by this mini mass production ! We sold them at school and at local gigs and they went quick. The later ones were printed by Acorn press in Blackpool who were very helpful and great with credit ! Mr. acorn print was the first vegetarian we had met- those were such naïve times!

After I moved to Manchester and the circulation went up to 3000 I would print it in Sheffield at the cheap council run printers there and we would sell it out of plastic bags at gigs or send it up and down the country to be sold by Membranes fans – or leave it in cool clothes shop and record shops – we never got all the money back but we always got enough to print the next one.

Rox III : Why the name-change and the switch of the title to Rox ?
John Robb : Rox was a better title and we wanted to write about all music we liked and not just about the local scene although that was still very important. The best zines were purposefully vague- brilliant layout and it covered really interesting stuff from anarchism to situationsim to the pre Goth post punk underground of early adam and the ants, early southern death cult – idealistic young band who liked their make up and weirdness! In the mid eighties Rox was part of the ‘clique versus the bleak’ fanzines along with Everett True’s ‘The Legend’ and James ‘Loaded’ Browns ‘Attack On Bzag’ we were very much middle of the discordant political death to trad rock scene of bands.

Rox III : Why is it important for fanzines to exist – what do they bring to the scene that the glossies such as Kerrang and NME don’t.
The best fanzines were out of control…. quite literally out of control ! They wrote in their own style about their own music and were not filtered by the music business they were like full of viral diaries of the editors lives – like proto blogs…I love cut and paste artwork which very much matched the cut and paste nature of the punk and post punk music. I really love the artwork when I look back at them now- the dense spew of images, hand drawn cartoons, phrases copped from dictionaries – pictures with hand drawn captions – Spike Milligan was a massive influence- his irreverence was very punk rock

Rox III : I am after some missing copies of all the issues of Blackpool Rox and Rox from my personal collection. It would be good to copy the old reviews into the Blackpool Rox III database as it would be a useful repository to reflect our rich musical history of the town and its scene.
John Robb : I will scan them when I get a minute!

Rox III : Finally can you also fill us in a bit with your bio, current projects and history post-Rox ?
John Robb : There is too much to condense into one paragraph ….. the best bet it to go to the wikipedia entry and there is also information available on the bands’ website www.themembranes.co.uk – John can also be followed on twitter... www.twitter.com/johnrobb77

Rox III : Thanks to John for the interview – do check out his wiki entry which details his books and career as a journalist culture critic. Hope you enjoyed this and please all now feel free to delve into the myriad of new and old band reviews in the review section above.