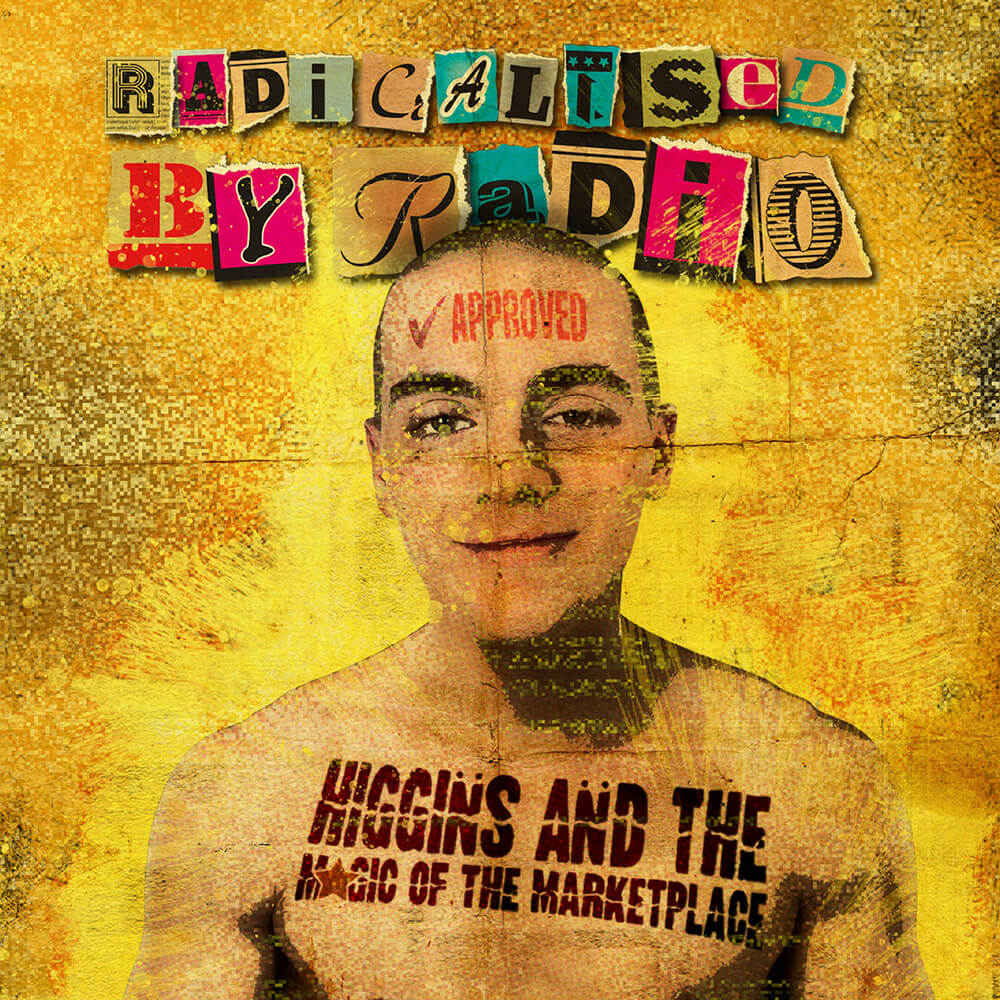 in recent years I’ve spent most of my time playing in bands, focusing on other peoples’ music. That said I do still scribble down a lot of my own ideas for new songs but rarely find time to record them let alone assemble like-minded musicians to play them. However I managed to do this in late 2021 with the help of James Routh at Rock Hard Studios in Blackpool. This EP features 4 of the 10 tracks we set out to record and maybe someday I will even get to play some of these songs  live.

The 4 tracks are Radicalised by Radio, Don’t Look Down (Don’t Look Now) , There’s Always Another Way and  Everyone Can Sing. The lyrics to the 4 tracks are on the bandcamp page and on a flyer inside the CD which is being printed up as I type. For the curious souls amongst us the meanings of the songs are as follows.

This track is a respectful nod of thanks to the John Peel Show on Radio 1, which for many of us was a form of ‘radicalisation’ – thankfully by music and not ideology. I like many others spent many hours in the late 70’s / early 80’s listening to his show and it was a great introduction to many of my favourite bands and those songs have stuck with me throughout my life.

I know I’m not alone with this as so many others I speak to think they were also radicalised and this was a potent ‘gateway drug’ to so many other kinds of music. The track is short and to the point and hopefully captures a bit of driving excitement that is felt on hearing a new track for the first time.

2. Don’t Look Down (Don’t Look Now) has links to a local politician who shall remain nameless for legal reasons. It’s about the abuse of power and how power works. The ‘down’ reference is about how high things can be affected by low things. For instance high-rise buildings in an inland urban city can be destroyed from underneath by machines such as submarines below sea level many miles away. Anyhow it’s all a bit figurative with mentions to a few legends Hendrix, Owen, Dagger and Stubbs.

3. There’s Always Another Way is about the tyranny of certainty. It reflects the toxic and hostile environment we can create for one another by acting first and thinking second.

4. Everyone Can Sing is a statement. Many people are too frightened to sing in public – fear of criticism from others, lack of confidence, shyness etc. We all can sing, some maybe ‘better’ than others (that however is a matter of opinion). I have always liked the idea of music and songs being sung through us rather than by us – takes some of the needless pressure away. 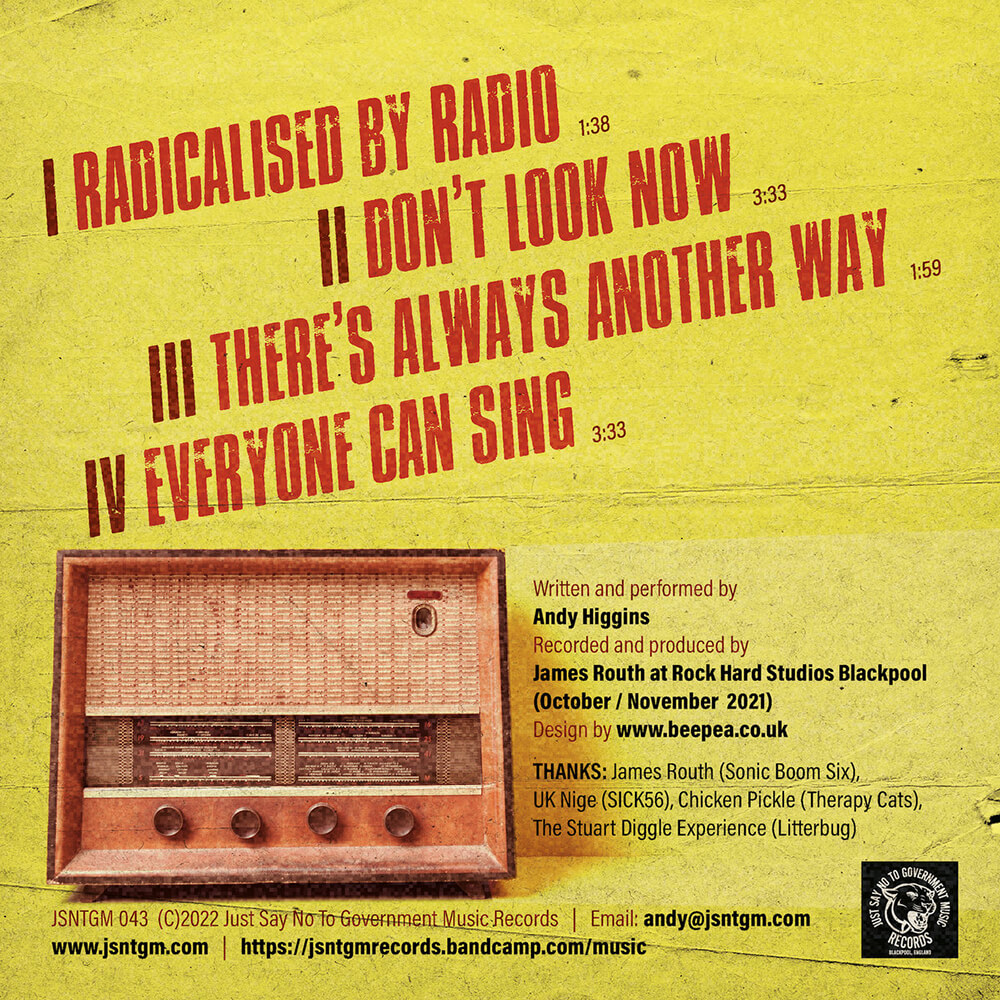 If any zines or blogs are interested in reviewing please send us an e-mail. andy@jsntgm.com

Next release by Higgins and The Magic of Marketplace ‘Smile and Wave’ is  due in May 2022.