We are pleased to announce that Zounds are re-visiting the little homestead of Blackpool on Sunday April 29th 2012.
Zounds last reformed played Blackpool in August 1996 at the inaugural Holidays in the Sun festival.

Releasing records from the late 1970’s on the Crass label, Rough Trade and more recently on Over-ground Records Zounds are one of the most interesting and original bands to have emerged from the UK anarchist punk scene.

Zounds are playing at the Talbot Club on Sunday 29th April with support from Litterbug (Blackpool), Hated Til Proven (Manchester) and Privileged Word (Blackpool). 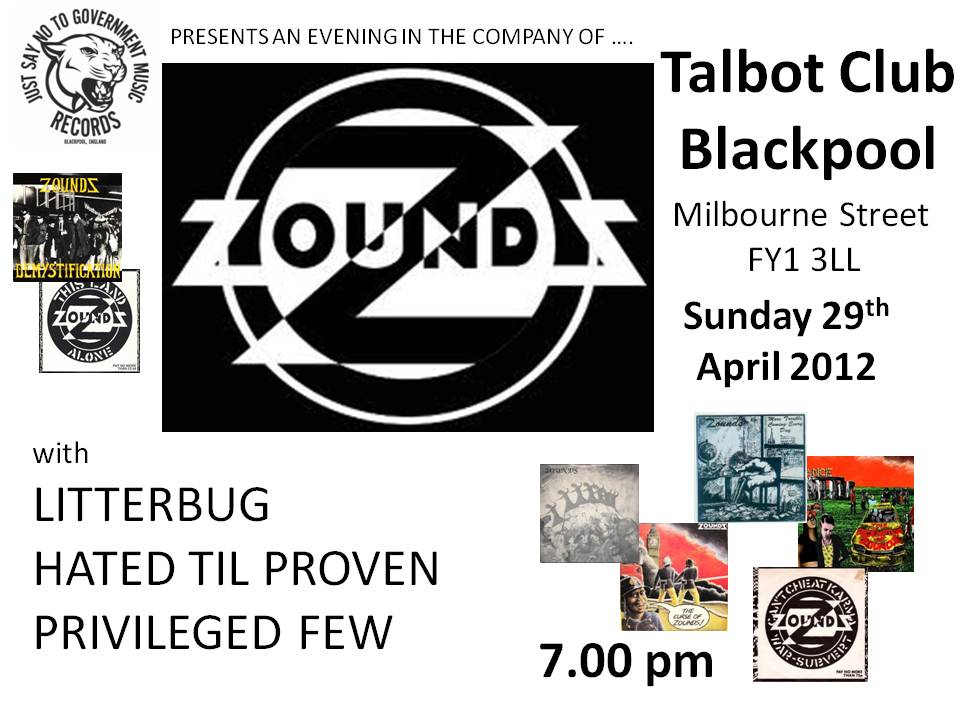