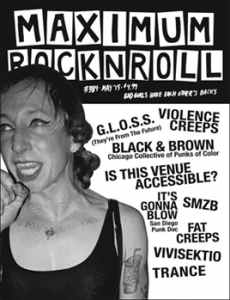 Things have been extremely busy at Rox Towers lately – it’s all reviews, releases, gigs, a new issue of Blackpool Rox and our General Election campaign in Blackpool South – read on.

Our two latest releases are both doing really well. All the reviews for The Stay Clean Jolene’s album have been terrific – even Razorcake liked it FFS ! The boys are busy writing material for their follow up album and will be playing the Scene Better Days Fest in Leeds on July 11th the Summer Monster Mash Fest Stamford Lincolnshire June 20th. Soon after their sojourn to some delightful venues in the North East with the wonderful Bear Trade, Holiday are heading south with gigs in Bristol, Brighton, Norwich and that there London in May – they are looking to fill a few more dates so get in touch with them via their FB page if you can help. SICK56 are back out and gigging and writing new material after a 5 year hiatus– their next slot is with Peter and The Test Tube Babies at The Layton, Blackpool on Sunday 3rd May.

Amongst other notables such as SCJ, our friends and fellow disc / label mates of Holiday Epic Problem have an interview in the upcoming issue of Blackpool Rox (10) which should be out later this month. It is a politics, football and election issue with pieces from John Bentham, Steve Rowlands, John Robb Jenni Russell Smith, Johnny Wah Wah and local Blackpool boy Peter Walsh from the very excellent Milo Books plus all the usual irreverent reviews, chatter and blogs. There are also some previously unpublished old-school photos courtesy of Steve Farmery of Black and White Pool entitled ‘Football in the Community’. You will be able to order copies via the jsntgm website very soon ….

We have also been busy adding to the good disease and have had a few reviews published in the likes of Maximum Rock and Roll – see the Afro-Punk review elsewhere on the site, an upcoming (almost completed) interview with the wonderful Alex Ogg about all things Dead Kennedys after his ‘Fresh Fruit for Rotting Vegetables the early years’ published on PM last year, and articles in Tangerine News and soon (hopefully) Stand AMF.

Other news is that Andy Higgins is standing as an INDEPENDENT candidate in the upcoming General Election of May 2015. We have a website (vote4andy), Facebook and Twitter accounts so if you can visit them to help us get some wider publicity that would be great. We are campaigning for change and standing against the very business and political elites that have left this town to spin into a vicious cycle of decline. If elected Andy will be giving 50% of his Parliamentary income to community based initiatives in the most deprived wards in the constituency of Blackpool South – when he challenged his fellow candidates at a recent hustings event to do the same, the responses were not forthcoming. The campaign was kicked of the local football supporters trust (BST) which has more members in the local area than all 4 major political parties added together. Feel free to attend our campaign events, stunts, canvassing days and the weekly riots / protests at Bloomfield Road against the heavily protected Oyston Family (for what they are doing to our local community) ….. Watch out for us on the evening of May 7th #expectus. You can also catch Andy for a post-election de-brief when he plays the acoustic stage at Blackpool’s Rebellion Festival on Saturday 8th August.